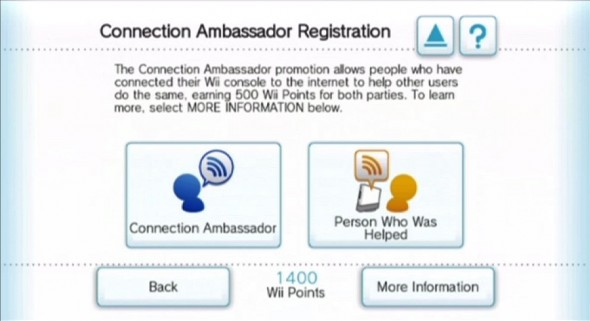 If you just bought a Nintendo Wii, you can now get 500 Wii points for free. What you do is quite simple. The first time you connect your Nintendo Wii to the Internet, go into the Wii Shop Channel. When you enter the menu, select Connection Ambassador Promotion in the lower left corner. Then select the Person Who Was Helped, here enter my Wii number is: 6418 – 9480 – 9127 – 7277. Then you must give me your Wii number, either in a comment here or send it by e-mail to blog (a) frankeivind.net.

When I signed you up on my Wii, you will get 500 points you can use to buy games for. You must do this within 30 days after you are online with the Nintendo Wii the first time. Also, as far as I know, you have to live in Europe.

Your Wii number can be found by accessing the address book in the Wii Message Board at the bottom right of the main menu of the Wii (that is the image that pops up when you start the Wii).

You can read the complete and long version as described on Nintendo.co.uk. The Nintendo Connection Ambassador Promotion was launched in Europe on Wednesday, October 21st, 2009. 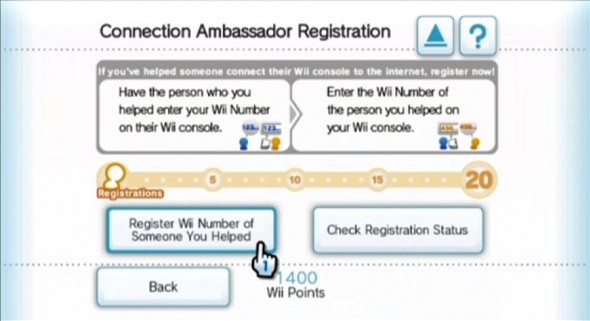 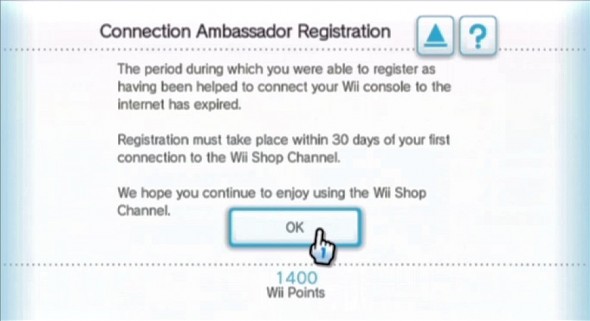 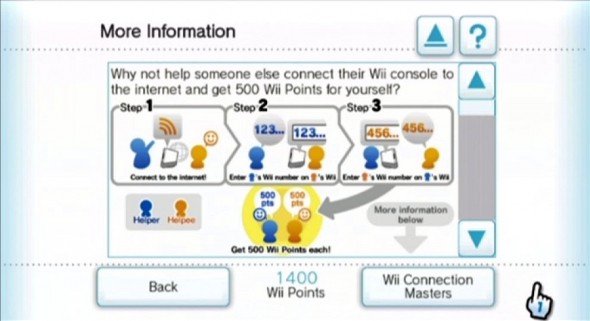