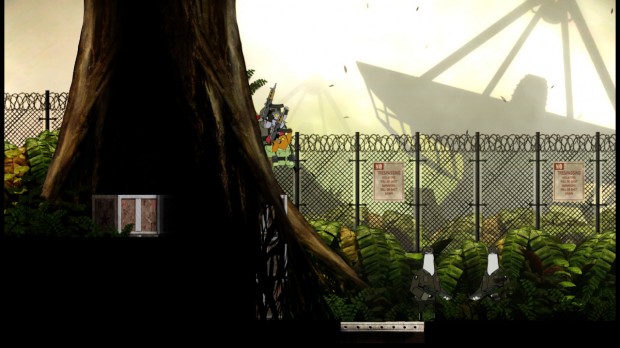 I like 2D games. But the platform-genre more or less died when the consoles left the 16-bit era. So it’s nice to see when a platformer emerge, like Rocketbirds: Hardboiled Chicken.

You find your self, or as Hardboiled Chicken, in Albatropolis. You mission is to find and assassinate the evil penguin leader Putzki.

This is a 2D-platformer shooter. So you shoot, shoot and kill a lot of penguins. And from time to time, there is a puzze for you to solve as well. You even get to fly with a jetpack.

You play through warehouses, jungels and urban streets.

As you play new chapters, you will unlock new cut-scenes and and music videos.

In Solo Campaign you have 15 chapters of play, while in Co-op Campaign get 10 chapters to play through. 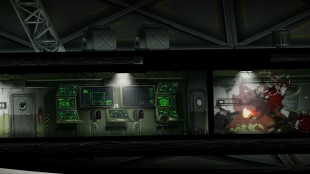 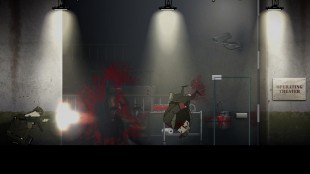 Rocketbirds: Hardboiled Chicken got nice visuals, and the 3D gives it that extra touch of depth.

The game origin from the Flash-based game Rocketbirds: Revolution. So each scene is re-modeled in 3D-space. The game does 60 fps in 720p, in both 2D and stereoscopic 3D-mode. You can read more about this on blog.eu.playstation.com.

If you, like me and doesn’t have a 3D TV yet, you can enjoy the game in anaglyphic 3D. Since it use red-green, magenta-blue and some other colour-combinations, the colour will be a bit of, but you do get the 3D-depth, which is nice.

I like Rocketbirds: Hardboiled Chicken. It’s easy to get started, just shoot your way throught the obstacles.

The visuals are good, gameplay are fun and well worth it’s money.