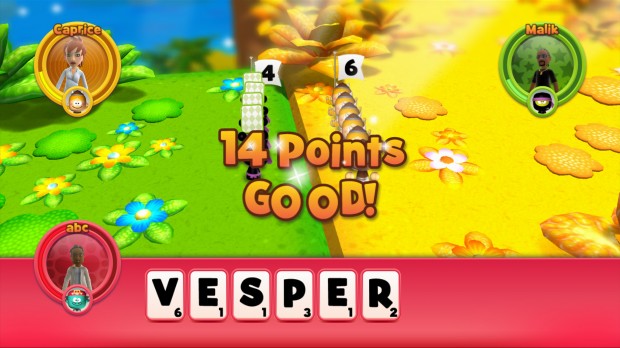 I have never played Scrabble before, but have played Wordfeud on my Android-phone for some of weeks now. So I know my way around the words… in Norwegian that is.

Quarrel is in English only, which can be a challenge in itself. Quarrel is a strategic wordgame, a mixture of Risk and Scrabble. The aim of the game is to dominate the island territories.

You can play either in Single Player or Multiplayer-mode. I started off in a Quick Match in Single Player. The land was divided between me and the AI. The men placed on the land and a eight-letter anagram to build the best word. Since each letter have a different value, it doesn’t mean that the longest word is the most valuable word. The game is turn-based. So when you have played all your men, it’s your opponents turn.

In Domination you have to conquer the 12 island to dominate the Known Quarrel World. I got a bit stressed in this mode, since you play against the clock. When you challange your opponent, you have only some seconds to make a great word. An extra challange when English is not your native tongue. But then, it’s a great exercise for me.

Showdown is some of the same, it’s nine head-to-head matches to crown the true Quarrel Master. And you have Challenges, which are predifined challenges.

Then you have Multiplayer and can choose between Ranked Match and Player Match. I will wait to play that mode until I master singleplayer, since Norwegian is my first language, not English. This is probably the better mode, since you can play 2-4 players online. 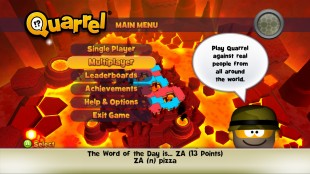 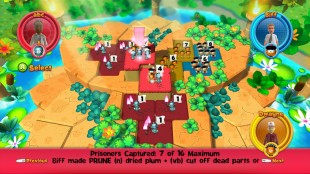 Quarrel is a wordgame with a strategic twist. You can move your troops around the gamingboard to gain more manpower against your opponent, but so can they. The question is to leave your land with only one man, which can be easy for your opponent to beat, or to have two or three to spell a longer word. The strategic element is a nice

Quarrel is available on Xbox Live Arcade at 400 points. So if you like Scrabble or Wordfeud, give this game a try.