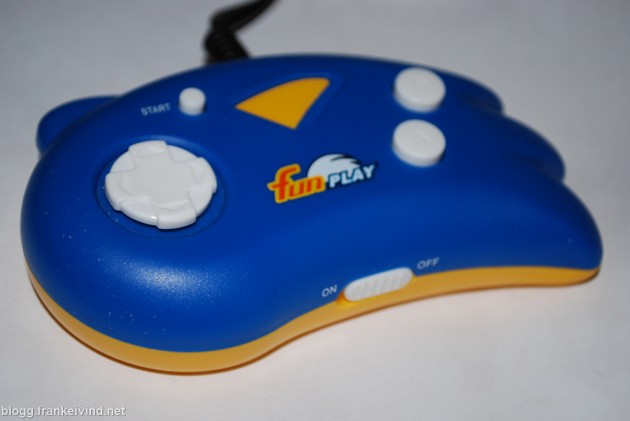 I love old consoles and have bought some on eBay. It’s fun to play old retro games. When I found Sega Fun Play 20-in-1 all-in-one gamepad on DealExtreme, I had to get it. At US$15, and free shipping, it was a no-brainer.

Here is the gamelist of the 20 games in the compilation and which Sega console it was released on, either the Game Gear (GG) or the Sega Master System (SMS). The asterisk (*) indicates the game originaly had two-play mode, but this is not supported in this gaming device.

The controller was a bit smaller than expected, but it fits well in your hand, even if you got a pair of big ones. It’s easy to access all the buttons. In addition to the D-pad, A, B and Start buttons, you got an On/Off switch at the bottom of the controller. The Reset button is on the opposite side. The device go into sleepmode after 5 minutes if it’s not in use.

The game controller only output mono sound, even though the Game Gear had stereo. But this is not a great loss. The audio-video cable is about 3 metres long which should be more than enought for most people. It use a RCA plug (phono connectors) an can be plugged directly into most TVs, if not, you can use a phono-to-SCART (not included in the package). It outputs NTSC-signals and runs on 3 AAA batteries.

There are a lot of how-many-games-can-we-get-in-a-controller on the market that are of bad quality. This is not the case with the Sega Fun Play 20-in-1. And, this is the real deal, the gamecontroller/gamepad/gamingdevice is officially licensed by Sega.

There is a good selection of games on the console, 11 Master System games and 9 Game Gear games. The focus is on Alex Kidd and Sonic games. The rest of the games are also good. For me, Alex Kidd – In Miracle World alone was worth the price of the Sega Fun Play. I’ve played that game a lot on the Master System in my youth.

Sega Fun Play 20-in-1 is a nice nostalgic trip with many good 8-bit games. I’ve played most of the Master System games. I own some of them, others have been rented from the local gamestore 20 years ago. I hadn’t played most of the Game Gear games.

If you love retrogames, the Sega Fun Play 20-in-1 is a good choice. The games included are good, and they are the real deal. 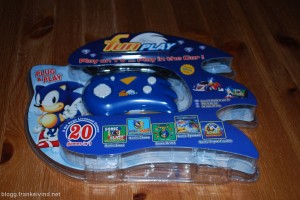 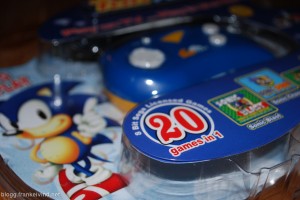 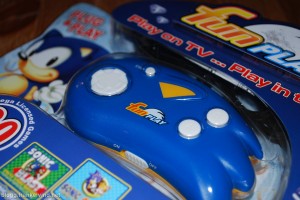 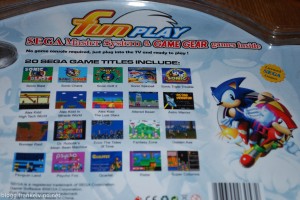